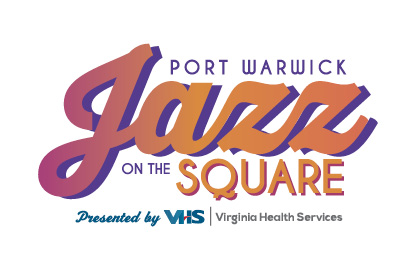 Matt is a Newport News native and a “jazzy” guitarist who can be seen playing all over the Peninsula. You may catch his solo performances weekly at Schlesinger’s during their Sunday Brunch hours. Matt will bring his band to Port Warwick on the 8th to include guitar, trumpet, keyboards, bass and drums.  He will be playing original music as well as jazz favorites. He said he likes to “mix things up” and you will be sure to have a good time listening to this band play!

Curtis Brown will be bringing a “killer” Brasswind Quartet to Port Warwick on the 15th. The band members are all natives of Hampton Roads and you may have seen Brasswind playing all of the hotspots this summer. They played at Port Warwick Summer Concert Series in June!  The Band has been together since 2017 and their strong classic horn band sound will provide us with a dynamite show!

Jennifer is a Virginia Beach Jazz singer and flutist who can be seen regularly performing at Gershwin’s restaurant in Norfolk. Her recent album “Heart, Soul and Fire” won the 2019 Veer Magazine award in the Jazz Category. She has been performing for over 15 years and brings her Quartet to Port Warwick on the 22nd. Jennifer’s smooth, sweet voice has found its home in jazz. It will be a fabulous show!

Brian Pinner and his band hail from Smithfield, VA. They formed in 1995 and have performed extensively for events ranging from hometown backyard barbecues and television appearances to the Hampton Jazz Festival in 2009 and 2013. Brian brings his Trio to Port Warwick on the 29th for a show not to be missed.